When it was announced, Samsung skipped naming the Galaxy Watch 3’s smartwatch successor the “Galaxy Watch 2”. Not to be confused with our favourite Galaxy Watch Active 2. Galaxy Watch 3 had a new design and robust health tracking features, making it significantly better than the previous model. Since then, Samsung has released the Galaxy Watch 4. In this article, we compare the specifications of the old and new Galaxy Watches.

With each generation of its smartwatches, Samsung has sought to differentiate itself from its competitors.

Is there any improvement over what was arguably its best device?

As a result, if you get a newer Watch, it’ll be smaller on your wrist. There is a noticeable difference in size and weight between the Samsung Galaxy Watch 3 and its predecessor. 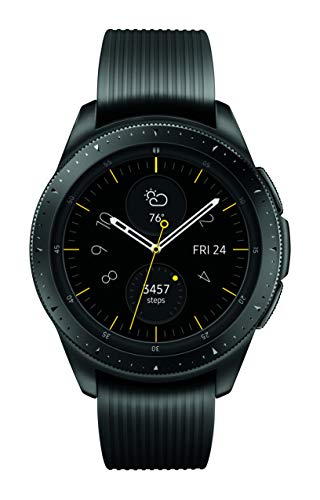 Galaxy Watches in 46mm and 42mm sizes are available in silver and rose gold, respectively. You can choose between a 45mm black or silver Watch 3 or a 41mm bronze or silver Watch 3. Thanks to their interchangeable straps, these watches are all very versatile.

Smaller Galaxy Watch 3 models use a 20mm strap, while larger ones have 22mm straps.

Each of these watches has two physical buttons on the side as well as a touchscreen display.

You will pay a lot more for the Galaxy Watch 3 than the older Galaxy Watch, irrespective of whether you need the extra connectivity or not.

For under $180, you can get the original Galaxy Watch. You can also get LTE for less than $260 in the smaller version. A bigger one will cost a little more.

For a price similar to the original Galaxy Watch 3, you can get the smaller Bluetooth version. The larger LTE model will cost closer to $330.

Two sizes are available for the Galaxy Watch 4. With the smaller 40mm version, you will spend about $250 for Bluetooth and closer to $300 for LTE.

You may want to opt for the Galaxy Watch 4 Classic if you prefer a watch with a rotating bezel. Despite having a lot of similar specs, that product is a separate line this year.

For the Bluetooth model of the Galaxy Watch 4 Classic 42mm, it costs around $350, whereas the LTE model costs around $400. There are two versions of the 46mm model available, one with Bluetooth and another with LTE. 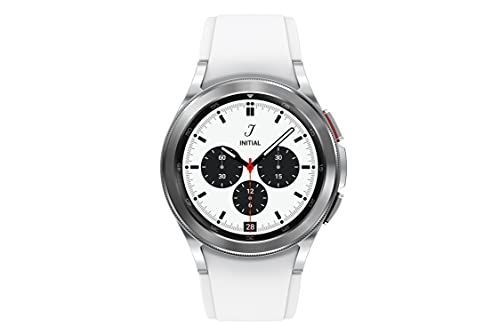 Its smartwatch displays have consistently been among the best on the market.

There is an AMOLED display on both watches. With 1.2-inch screens, both the Galaxy Watch 3 and the Watch are small.

This model comes with a 1.4-inch display, which replaces the 1.3-inch display on the previous model. Overall performance should be similar.

Waterproof to 5ATM, all the versions can be used swimming and for tracking your swims.

A smaller, lighter, and thinner Samsung smartwatch, the Galaxy Watch 3 is smaller, thinner, and stylish.

A smaller Galaxy Watch 4 has only two buttons on the right-hand edge, leaving no other distractions on its sleek appearance. In addition to the 40 mm version, there is a 44 mm version as well.

Both Galaxy Watch 4 versions have bright displays that we found simple to read. The resolution is likewise remarkable, with the 40mm model having 396 x 396 pixels and the 44mm variant having 450 x 450 pixels. Both versions have a pixel density of 330 pixels per inch.

Samsung’s Tizen OS still powers watch software that works with both Android and iPhones. The former is preferable, especially if it is a Samsung phone.

We’ve increased the external storage space from 4GB to 8GB, so you can store more apps, files, and music. Though the Samsung Galaxy Watch was fast, the Watch 3 looks even faster.

Both watches can receive and respond to incoming messages and calls (if using a 4G model).

In addition to chat history, contextual message replies, and support for Bimoji, the Samsung Galaxy Watch 3 offers many more features than its predecessor. Someday, these features might make their way to the older Watch.

Samsung’s Exynos W920 processor and 1.5GB of RAM power the Watch 4. This is sufficient power to operate a range of applications without lagging.

There is 16GB of storage on both Galaxy Watch 4 models. Realistically, leaving 8GB of space for you to play with once apps, etc., are factored in.

The Galaxy Watch 4 excels in terms of software. Samsung is re-embracing Google’s Wear OS, but with its own twist, rather than utilizing its own Tizen wearables software.

The situation might seem confusing at this point. In recent years, Samsung has focused its software efforts on Tizen, and the Galaxy Watch 4 appears to use the same platform.

In place of Wear OS 3, Samsung has added its own overlay called One UI Watch 3. There are several Samsung applications you’ll recognize from your Galaxy Watch, but the main focus is on Wear OS.

That means you can use the Google Play Store, and although Wear OS isn’t the best-supported platform in terms of applications, you have more/a lot more/whatever choices than Tizen. Meanwhile, the design is still unmistakably Samsung.

The app store on the watch gives you access to third-party apps and watch faces. With respect to watch faces, you have many options for customizing your main face.

From a smartwatch perspective, the two watches appear to be very similar. The Galaxy Watch 3 seems to be more capable of handling more intensive tasks and providing an enhanced communication experience for those who are concerned.

In addition to fitness tracking, Samsung is adding more serious health tracking features to its smartwatches.

In addition to motion sensors and GPS for outdoor activities like running, most smartwatches also have a heart rate monitor that allows continuous monitoring of vital signs and features such as stress tracking, among other features. Fitness tracking, including sleep monitoring, will be available 24/7 soon.

Sports tracking is a similar story, though the Galaxy Watch 3 promises more features for runners and home fitness fans. Samsung is adding workout programs that you can cast from your phone and data from the Watch.

For runners, it provides data on running asymmetry and ground contact to help improve form and technique. We’d be curious to see how reliable the data is since most sports watches require a foot pod for this.

Samsung, like Apple, must obtain regulatory approval to enable this feature. The FDA has approved the feature in the US, but it may take some time to become truly valuable.

If you value serious health monitoring features, the Galaxy Watch 3 appears to be the one. But for sports and fitness tracking, they seem to be on par.

Samsung’s Galaxy Watch 4 has a smooth interface, and all the apps you’ll find on the Google Play Store are ready and waiting for you. Despite being a better solution than Tizen, the software offers all the great features of Tizen.

With the Samsung Galaxy Watch 4, you can track your running distance with GPS, use an optical heart rate sensor, and see an ECG.

The watch’s most significant fitness improvement is its 3-in-1 BioActive Sensor, which measures heart rate, blood oxygen levels, and body composition. In this list, the only new feature is the final one, and it’s the first time the sensors have been combined.

With Samsung’s body composition tools, users can see important fitness metrics like skeletal muscle mass and body fat percentage. To function correctly, these scans must be done while you are motionless.

Among the statistics provided are your body fat percentage, muscle mass, fat mass, and body water.

These different measures can be hard to measure accurately, but you can see whether they improve over time by monitoring them regularly.

Samsung’s applications work best with the heart rate monitor, although third-party apps like Nike Running Club and Strava have a similar capability as well.   Comparing the GPS function to those of other devices, it performs effectively.

You should keep in mind that some fitness features have restricted compatibility. Samsung’s Galaxy Watch 4 can display blood pressure and ECG data when linked to a Samsung phone.

A Samsung smartwatch that lasts a week or more is still a dream. Despite this, its smartwatches have a longer battery life than the Apple Watch and Google’s Wear OS smartwatches.

Using the Samsung Galaxy Watch for a week with light usage and 24 hour GPS on the 46mm model was promised. In our experience, it was less.

The 40mm version has a smaller 247mAh battery, which we haven’t had the opportunity to test yet. We’ve observed a little variation in battery life between the smaller and bigger Samsung smartwatches in the past but don’t anticipate the 40mm model to be much different.

The Galaxy Watch 4’s battery life isn’t a major issue, but it isn’t the longest-lasting smartwatch we’ve ever seen. With moderate to intense use, it may last up to two days and three days if you’re not working out or utilizing functions like GPS.

Which one to buy?

So, why should you buy the Samsung Galaxy Watch 3 instead of the Galaxy Watch? According to reports, it has a thinner and lighter design, serious health monitoring capabilities, better wrist-based communication, and fitness-focused additions.

Other characteristics seem to be comparable. Meanwhile, we can’t tell if the Galaxy Watch’s battery life or general performance will be much improved.

This gadget is a superior option because of its life-saving capabilities and enhanced design. The original Galaxy Watch is still attractive if you don’t require health tracking functions and want a more distinctive look.

Or, do you go for the newest model?  The most notable feature of the Samsung Galaxy Watch 4 is a software overhaul that blends the appearance and feel of Samsung’s current Tizen platform with the functionality of Wear OS. It boasts a comfortable design, excellent fitness functions, and a long battery life. Although some compatibility problems may annoy some prospective customers, the Galaxy Watch 4 is a fascinating version of Samsung’s top smartwatch concept.

The Garmin Fenix 7 is due to be released imminently. Naturally, there is a wide range of rumours circulating about what we can expect. If you are as excited as we are about it, … END_OF_DOCUMENT_TOKEN_TO_BE_REPLACED

There's no doubt that Garmin is one of the best smartwatch manufacturers in the world. However, the Garmin Vivoactive 4 was released in 2019, and we think that it's absolutely time … END_OF_DOCUMENT_TOKEN_TO_BE_REPLACED

In the tech sector, it’s fair to say that smartwatches are fairly hot property. So there are lots of upcoming and new smartwatches in 2021 that you might be interested … END_OF_DOCUMENT_TOKEN_TO_BE_REPLACED

When Mobvoi delivered the TicWatch GTH to China at the beginning of the year, it wasn't expected to release so soon! However, the TicWatch E3 is likely to be unveiled soon, and … END_OF_DOCUMENT_TOKEN_TO_BE_REPLACED

If you are a fan of Samsung watches, you've heard about the upcoming Samsung Galaxy Watch 4. There is currently no official release date, cost, or features list, so we will share … END_OF_DOCUMENT_TOKEN_TO_BE_REPLACED