Italian watch brands – could you name some?

Italian cuisine, fashion, architecture, and so much more are some of Italy’s most renowned attributes. Ferrari and Maserati, luxury vehicles for the wealthy, and the famous, are examples of the finest brands this nation has produced. As a nation that gained independence from several regions in 1871, the peninsula has grown rapidly throughout history, leaving an indelible imprint throughout the world.

Aside from its renowned pizzas and pasta, the nation has also produced a lot of prestigious watch brands.

Italy is one of the most popular vacation destinations in the world. When it comes to watchmaking, it has a long history that makes it a hotspot for luxury watchmaking. Let us begin by discussing the history of Italian watchmaking before moving on to the brands.

One of the oldest watch manufacturers is Bvlgari, which has come from Sotirio Voulgari.

In 1884 and 1896, Bvlgari and Senatore Borletti entered the watch selling business in Rome and Milan. It began by making clocks in its creative studio, “Bottega.”

The watchmakers of Florence, such as Giovanni and Dondi, were pioneers in the creation of clocks.

Astronomical clocks are said to be the creation of Florentine watchmakers.

For many individuals, Italian brands are the first option because of their elegance and refinement all over the globe. Italian watch brands are at a reasonable price, even though most luxury watches are expensive. Because Italian designer watches are more opulent, with a reasonable price, they are preferred by many individuals over Swiss watch brands.

Watchmaking has changed throughout the years, and Italy has been a part of it. Bvlgari is part of the LVMH conglomerate, which also owns TAG Heuer, Zenith, and Hublot. It is famous for jewellery, accessories, leather products, perfumes, and watches.

The Binda Group continues to control the brand, which has developed and thrived throughout the years. While Breil has a presence in several areas of the fashion business, it initially entered the watchmaking industry in 1942 with the release of its first timepiece. Style is at the heart of the brand’s watches, which place craftsmanship and craftsmanship above tradition. 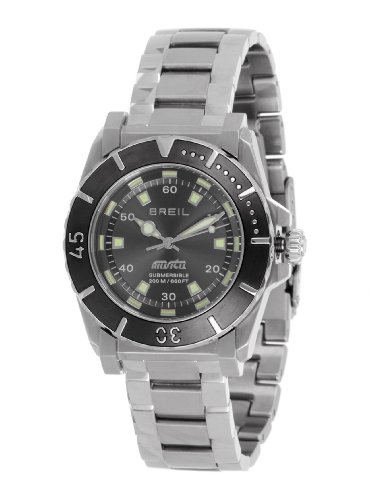 The brand is known worldwide for its impeccable fashion sense, and it creates beautiful timepieces with a contemporary twist. The business, on the other hand, has licence arrangements and manufacturing collaborations for its timepieces. 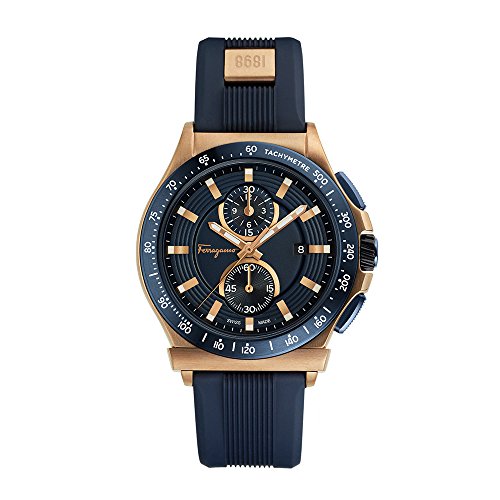 It’s a relatively young watch company established in 1997 by Federico Massacesi as a homage to Florence’s watchmaking heritage. The goal of the company is to create mechanical clocks that are both beautiful and practical. 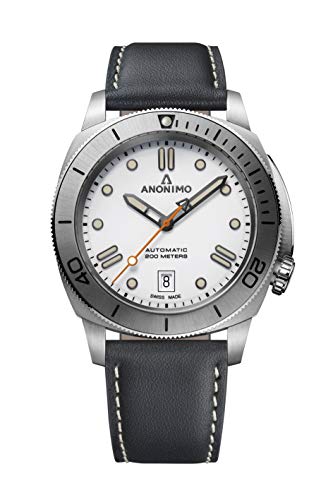 The brand has borne Roberto Bianchi’s name since he founded it. Bianci was introduced to the skill of creating jewellery as a youngster since his father was a jeweller. He pursued jewellery manufacturing and earned a degree in gemmology, following in his father’s footsteps. He went on to establish his own watch company, which is now famous for its stunning Italian designs and high-quality Swiss movements. Roberto Bianci watches are among the most inexpensive Italian timepieces with stylish designs.

Italo Fontana used such ideas to produce military-style tough watches in 2000. They quickly became popular among men who liked retro styles. A characteristic feature of U-Boat watches is their left-side crown that sticks out. Classic, U-42, Chimera, Capsoil, and Precious are the four collections now available from the company. 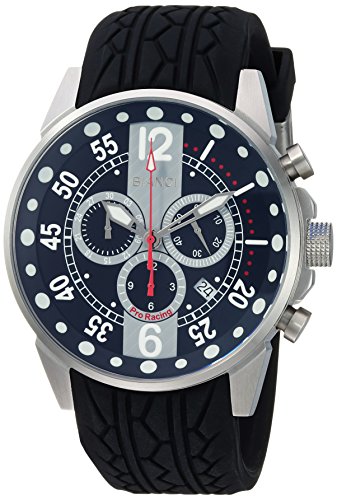 Out of Order watches are simply entertaining. This is a company that takes pleasure in causing damage to your watch before sending it to you. That, I suppose, requires a little more explanation.

Although their slogan reads “Damaged in Italy,” their timepieces are more worn-in than shattered. They will age your watch to make it appear antique or like a family treasure.

As a result, your new watch will have tarnish, discolouration, and scratches when you get it. The concept is that you receive a new watch that already seems to have seen a lot of action.

The Casanova is a Submariner-style quartz watch. It’s a unique item that seems to have seen a lot of action. It’s extremely cheap, and each one is unique owing to the hand-ageing process.

Meccaniche Veneziane is a watch brand based in Italy, formed in 2017. Alberto and Alessandro Morelli, two brothers, created a number of Kickstarter projects, including the year’s most successful. The brand has proved to be both profitable and divisive. It continues to create appealing mechanical timepieces with a Venice theme.

They started a crowdfunding effort in 2018 that raised almost half a million euros, creating problems for the business when it came to manufacturing the watch.

The brand has proved to be both profitable and divisive. It continues to create appealing mechanical watches that Venice inspires. Which includes the Nereide diving model serving as the collection’s centrepiece. 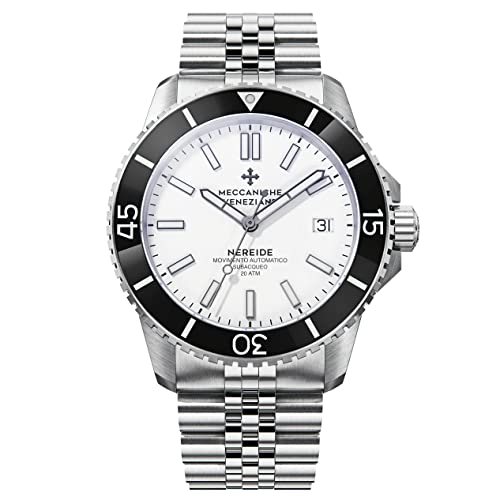 Island Watch has run the SqualeWatches.com website since 2015. We are now delighted to be able to sell them to you directly. The Squale brand has been synonymous with Swiss Made professional diving watches since 1946.

Squale began by making watches and watch cases for different Swiss companies who lacked the expertise to create competent diving timepieces. The Squale emblem was used on the dials of lesser manufacturers as an indication of quality. Squale started producing their own line of professional diving watches under the Squale label in 1950, marking the start of the company’s institutional history.

Squale developed their first 1000 metre divers watch with a unique glass on flexible mountings that didn’t utilise or need a Helium release valve toward the end of the 1960s.

The brand began supplying the elite corps with a variety of armed services. Notably, the Italian Air Forces’ “Folgore Brigade”. Also, the Italian Navy’s Diving Corps, the Marina Militare Italiana. Squale became known for its high quality. Then they became the standard brand for diving watches throughout the world—a position they have held for decades. Squale is returning with a fantastic range of timepieces that live up to the Squale brand and reputation. All handcrafted in Switzerland with the same quality as the old versions.

CT Scuderia A café racer is a motorbike that gained popularity in the United Kingdom throughout the 1950s and 1960s. These motorcycles embodied speed, revolt, and a unique flair. It has developed into many forms and ideas throughout the years while maintaining its distinctiveness and originality, characteristics that inspired the concept of the Italian timepiece CT Scuderia.

Enrico Margaritelli, the company’s creator, is a third-generation watchmaker. He has created timepieces for Fossil and Shinola in the past. He’s also the founder of a couple of previous watch businesses.

The sturdy watches influenced by racing and Italian flair are known as CT Scuderia. Part wristwatch and part-stopwatch characteristics are popular with those after a sporty timepiece for casual and formal events.

You know about timepieces made of stainless steel, leather, or resin. But what about wood? Watches made entirely of wood are creative, rich, and beautiful.

When it comes to wooden timepieces, the brand WeWood is unmistakable. This Italian label is relatively new to the market, having launched in 2009.

However, because of their excellent workmanship and unique designs, they quickly established themselves as a well-known worldwide brand. Wood is environmentally friendly and appealing to a younger demographic.

WeWood is a one-of-a-kind watchmaking company. WeWood is more focused on design than other watchmakers, who strive to provide greater accuracy, new features, and superior build quality.

But don’t get me wrong: this Italian brand changed the watch business forever.

Wooden watches are not a new concept. James Borden, a designer, created the first wooden watch in 1980. WeWood is the first company to mass-produce them in large quantities. Indeed, such behaviour raises concerns and poses a danger to the ecosystem.

But no. WeWood is also on a tree-planting campaign. They partnered with non-profits such as American Forests and Trees for the Future, and for every watch sold, they plant one tree.

WeWood has planted over 600 THOUSAND trees since 2009, intending to plant 1 million trees by 2020. As such, WeWood is essentially a crafts manufacturer with a huge environmental duty rather than a professional watchmaker. 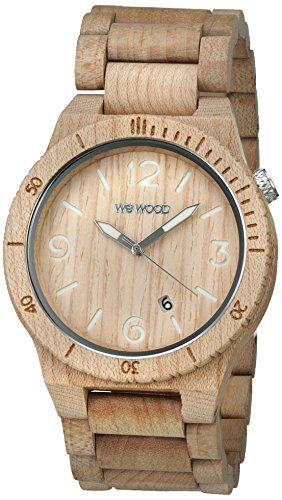 Switzerland is still the throbbing heart of the watch business, with dozens of the world’s best watchmakers producing watches of the highest quality and workmanship. But, don’t forget that Italian watch brands can offer something genuinely stylish, high-quality and unique.