Orient and Seiko are two renowned watchmakers originating from Japan and famous for their fine chronometers. Orient may be under the umbrella of Seiko, but they are both individualistic in operations and are treated as separate brands.

In this article, we address the critical distinction. between Orient and Seiko. We’ll also evaluate some of the most prestigious timepieces and learn about their more peculiar features. Still, before we get into the correlations, let’s take a look at the past and accomplishments of both businesses.

Orient is a prominent and esteemed Japanese watchmaker. The brand started as a retail shop specialising in time-keepers in 1901 by Shogoro Yoshida. Selling imported pocket watches, The Yoshida Watch shop was how Orient was first known.

Then, in 1912, by adding wristwatches to their offerings, Yoshida expanded their product range. The Yoshida Watch Shop entered the market with a new name, Toyo Tokein Manufacturing. It was when they started building gauges and clocks in-house. The firm started mass production of wristwatches later, in 1934.

After World War II, there was a downfall of the economy in Japan, and the aftershocks continued. Regrettably, the firm couldn’t escape the wave and closed its business in 1949 due to the financial crisis. Later, they tried their luck again and this time with the name Tama Keiki Company. The company was finally named Orient Watch Company in 1951.

After that, Orient progressed back to being one of the world’s leading watchmaking firms over time. As further time passed, the business grew steadily. Orient has also established its trust among the sports community and has emerged as the most reliable and consistent dive watch brands available.

2001 was the year when Orient became affiliated with Seiko Group. Seiko succeeded Orient in 2009, but till now, Orient consistently maintained its distinct product range. Orient is one of the leading watchmaking brands for swimming watches even today.

Both Orient and Seiko stand true to the fact that Japanese timepieces are prominent for their artistry. By checking out some of their premium artefacts, we’ll distinguish which brand is indeed the best.

Seiko first started operating in 1881 as a jewellery store in the capital of Japan, Tokyo. With their Seikosha clocks, Seiko took up watchmaking a decade later. In 1924, Seiko introduced wristwatches.

Truly innovative ideas are what Seiko stand for. In 1969, quartz movement-powered watches were first brought out by Seiko. As the first wristwatch ever produced, their Astron watch line essentially revolutionised the watchmaking business. Impeccably accurate timekeeping in the Astron watches is due to the quartz mechanism inside.

1999 came, and Seiko revealed its proprietary Spring Drive movement. This showed its emphasis on implementing innovative products. Now, astronauts were the ones to benefit from this revolutionary system as it was structured to maintain accuracy even in a space flight.

Seiko keeps going to attempt to come up with something new still now. It is not really a long ride to foresee that Seiko might yet make several alterations to the world of watchmaking in the coming years.

Dive watches are mostly intended for underwater sports, as the name suggests. Within this industry, Japanese watch brands, particularly Orient and Seiko, are possibly among the best.

The Seiko SNE499 is a water-resistant watch specially designed for divers for the best performance underwater. It has Japanese solar quartz movement inside and luminous hands on the display.

It has an analogue display with a unidirectional double-tone bezel. This particular model watch comes with a 47mm stainless steel case. The back case of its screw-down crown.

The Seiko Solar Dive edition watch shows remarkable water resistance to surprisingly 200m. Apart from deep scuba diving, it can be used in different types of water sports. The exceptional resistance against water makes it the first choice of athletes.

This watch is reliable, owing to the Japanese quartz movement mechanism boosting its accuracy.

Also, for a special edition, it’s a very economical watch. All these attributes come at a very nominal price of around $430. 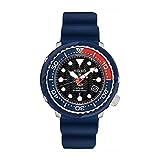 The Mako II is another Japanese movement dive watch. In the dive watch category, it is the most advanced dive watch produced by the Orient watches. However, it’s got a simplistic beauty about the way it looks. The watch encompasses all the traits of a modern dive watch and does so effectively.

The Mako II uses Orient’s own Cal.F6922 movement with a hand-winding option in its design. Unlike the Seiko dive watch, the Orient Mako II has a slim design with a thin 41mm case. The watch has a 120-click unidirectional bezel.

As we said, the Mako II is simple in design. The dial is exquisite and fluid. It only shows Arabic numerals at 12, 6, and 9 on its dial. Also, it offers luminescence, even in very dim light exposure (underwater).

The Mako II can resist water up to around 200m. Like the Seiko watch, the Mako II can be rigorously used in most water-based sports, apart from scuba diving. Hence, it is one of the best options for diving at moderate depths. However, Orient has also launched another model, the “Mako XL”, for diving purposes. It also ranks among the finest dive watches.

To decide who wins really boils down to your preferences and requirements.

Seiko is a well-reputed brand as it offers reliable and multi-functional watches. To fulfil the demands of collectors longing for many and versatile features, chronograph watches were introduced.

Let’s have a look at how Orient competes with its rival.

Seiko SNDC33 is a featured Seiko watch. It has a 40mm stainless steel case watch with a black leather strap of the finest grade. It is one of the few watches priced at precisely the level of its worth, which is around $110. For this reason, this chronograph is loved by watch fanatics across the world.

The dial has a black shade. There are three sub-dials. What’s more, it comes with two buttons and a crown.

Like the other Seiko watches, the movement system of the SNDC33 watch utilises highly accurate and advanced Japanese quartz. This significantly improves the accuracy of the watch.  It has been meticulously designed to resist shallow waters up to 100m depth. As such, it can also be used during swimming and showers without the slightest hassle.

Evidently, chronograph watches can be cluttered, fairly sizable, and heavy. However, the Orient Classic is a masterpiece of design and aesthetics. It has a slim and neat design which makes it stand out with its immaculate appearance. This watch can be worn for casual purposes or more formal ones if dressed up.

It has a 42mm stainless steel case with scratch-resistant crystal Hardlex protection. As such, it has a very glossy finish. There are three sub-dials under the hands of the watch. These dials represent the day and date. This handiwork is proof of stunning artisanship of Orient and valued addition to one’s wardrobe. 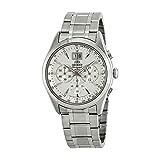 Both Seiko and Orient produce two fascinating chronograph watches. But once again, Seiko wins, just. The Orient chronographs are undoubtedly slim and have fancy appearances. Yet, the Seiko watches provide a more stylish design, functions and have a better calibre. Hence, again they lead the chronograph watches as well.

Orient or Seiko, which brand is better?

In a nutshell, one cannot simply rank either Seiko or Orient as a better brand. The Orient watches have very classy looks, but Seiko usually produces better accuracy. On the other hand, Seiko has made more quality watches in comparison to its rival. Undoubtedly, Seiko has a monopoly over the Japanese market. Even though Orient is a subsidiary of Seiko, Orient has survived because of its peculiar designs.

Seiko is a well-renowned watch brand across the globe. However, the craftsmanship of the Orient must be acknowledged. Seiko has a spot in the hearts of watch lovers.

So, we can’t decide for you, but we hope this has given you some information to help you choose!

Check out our other comparisons

You are here: Superwatches > Classic Watches > Orient versus Seiko – Which Brand is Better in 2022?