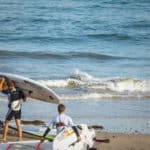 Background Nixon was created in the late 90s by Chad DiNenna and Andy Laats who wanted to create watches that reflected all that’s great about being a young Californian.  Over the course of the next decade, Nixon grew and opened a subsidiary in France. Then Billabong came along in 2006 and offered $55m for the […]

We use cookies to ensure that we give you the best experience on our website. If you continue to use this site we will assume that you are happy with it.Ok