The Google Watch is one of the most exciting releases of the year.

This long-awaited wearable is set to break boundaries and beat records. But, rumors are surfacing about this new device using old technology. Would Google really release a new watch with a 2018 chip?

Though there’s nothing wrong with the Samsun 2018 Exynos processor chip, it would leave the watch at a disadvantage. Especially when compared to the advanced tech being released by other brands.

Keep reading to find out what’s going on here.

What Do We Know About The Google Watch?

Announced in May, the Google Watch is a pleasant surprise for 2022. While smartwatch aficionados have been expecting this wearable for a while, it’s great to finally see its launch.

We expect this exciting wearable to offer health trackers, music streaming, and GPS maps. Google has also hinted at dedicated workouts and sports modes, ideal for anyone looking for a workout companion.

Find out the key features of the Google Pixel Watch here.

However, the anonymous information points towards older hardware in the smartwatch instead of new tech.

If you stay up to date with breaking smartwatch information, you may have already noticed Google fans talking about the Pixel Watch’s potential chip.

It seems that the watch will be released with an old Exynos processor. Samsung released this chip in 2018, so there’s no surprise that this leaked information is turning heads. Since this wearable will be Google’s flagship product, we’re surprised they’re not opting for original designs.

Though older, this chip does work well and allows the tech to run smoothly. But, devices (such as the Samsung Galaxy Watch 4) are already running on later models – such as the Exynos W920. This is a 5nm dual-core option that runs at 1.18GHz.

Why Would Google Use An Old Chip?

So, the question on everyone’s lips is, “Why can’t Google just use a newer chip?” This is a valid query, especially since competitors are running faster chips.

It’s important to remember that the Google Watch project started in late 2018. This wearable has been in the works for years, and back in 2018/2019, the Exynos 9110 was still new tech. If the brand wanted to update this hardware, they would likely have to re-design the whole model to accommodate a new piece. This would then delay the launch and cost more – so we’re not surprised Google is sticking with an older model.

Though this news may be disappointing for Google Watch fans, it’s not confirmed yet. These rumors are subject to change, so watch this space for updates! You never know when we’ll get a new piece of information about this unique watch.

Stay up to date with the latest smartwatch information here.

You are here: Superwatches > Brands > The New Google Watch Might Use An Old Chip 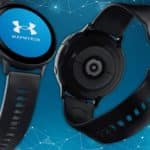 There are many watches we’d like to see in the future, but one of the top spots on our list is the Samsung Galaxy Watch Active 3.  Unlike the classic Samsung Galaxy Watch, the Active series is here to provide a sleek smartwatch for those with a fitness focus. These two series are very similar, […]