How is Greenwich Linked to Time?

Greenwich Mean Time (GMT), therefore, is the time on the clock at the Royal Observatory in Greenwich. It stays the same during the year, unaffected by daylight savings.

Difference between GMT and UTC

Greenwich Mean Time is a commonly used term and is also known as Universal Time Coordinated (UTC). You use the terms interchangeably. However, they are two different things. GMT is a time zone, whereas UTC is a time standard. UTC is also measured in a different way. It is slightly more accurate than GMT because it’s measured by an atomic clock, however, the difference is only by split seconds.

Most watches tell us the time within a 12-hour platform, meaning that we need to determine whether it is am or pm. This is usually not difficult because we tend to stay in the same time zone. For people like pilots or cabin crew who can cross numerous time zones in a day, time can become very confusing. A GMT watch is one that tells the time in GMT as well as local time. As GMT does not change across the globe, this allows the wearer to allows be able to understand what the time is regardless of where they are in the world. 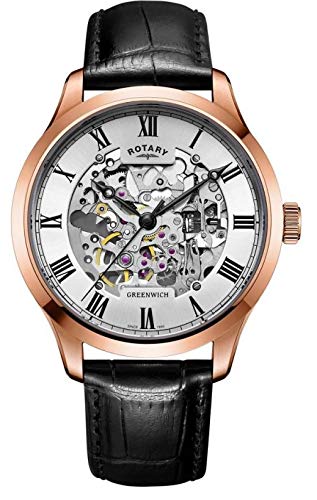 Why Do Countries Have Daylight Savings?

Daylight Saving Time (DST) is the practice of changing clocks so that darkness comes at a later clock time during warmer months. This allows for there to be long periods of time of daylight and is achievable by advancing the clocks by one hour.

As Greenwich is in London, it is no surprise that London and the rest of the UK are in a GMT area. However, the UK currently observes daylight saving, and so when the clocks change in the UK, and British Summer Time (BST) begins in March, the time across the country changes to GMT+1 each year. This stays as GMT+1 until October when the clocks turn back, and the time reverts back to GMT.

GMT Time Zones Across the Globe

The time zones for the cities below are based on standard time. Many of the cities will observe daylight saving time which will change their GMT offset by one hour at certain times during the year.

GMT+1 cities: Most of the cities across the European Union, including Paris in France and Berlin in Germany. Also, many West African cities, including Lagos in Nigeria and Algiers in Algeria.

GMT-5 cities: Cities within the US in the Eastern Time Zone such as New York, Boston, Washington

GMT-6 cities: Cities within the US in the Central Time Zone such as Houston, New Orleans, and Chicago

GMT-7 cities: Cities within the US in the Pacific Time Zone such as El Paso, Denver, and Salt Lake City

Time Zones Within the USA

Why is GMT Important?

GMT was introduced in the 19th century. Before this, every town kept its own local time, and there were no national or international ways of determining the time. This caused issues for areas such as rail travel as there was no standard time and so train timetables didn’t work. As communication networks expanded in the 1850s and 1860s, a need for a standardized international time became very apparent. Greenwich is the location mainly because at the time, 72% of the world’s commerce was reliant upon sea charts that already used Greenwich as the Prime Meridian.

Having GMT, or UTC ensures that there is consistency across the world in terms of time and that every area can engage with others without issues of time becoming confusing.