American watch brands certainly have a deep history. A few craftsmen got together and launched what would become the renaissance of watchmaking in America in the 90s. The movement didn’t catch on quickly when it first came around, but eventually, innovation began to spread faster and faster. More brands are now joining the industry every year, due to the success of these pioneers.

Here we’re going to give a rundown of 8 leading American watch brands that storm the watchmaking front. Some parts that these companies use still come from overseas, but they are made in America. Fewer brands do offer completely American watches, and they can definitely compete with even the greatest of watch brands across all of Europe.

In the younger times of American watchmaking, the Waterbury Clock Company used to lead the industry. They used to mass-produce watches in the US, back in the 1850s, at least 40 years before Henry Ford’s Model T factory was open for business.

Eventually, nearing the end of the century, over six million Yankee pocket watches had been sold. The Mickey Mouse watch was introduced in 1933 at the Chicago World’s Fair and was received well by both children and parents alike.

The Waterbury Clock Company became Timex after WW1, carrying on as the sole survivor of American watch companies. 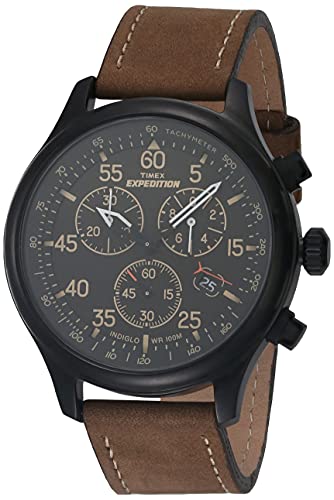 Based out of New Jersey, Mercer and Co use the brand name as a homage to Hugh Mercer. He was a doctor and a General in the army. He also went on to have a great friendship with George Washington.

Mercer watches are affordable, made in America, and have a specific look. You’ll never find a watch so special anywhere else.

Weiss uses practices that aren’t seen as much in the US nowadays, relying on past methods. This results in a watch of the highest quality, that’s American both on the inside and out.

To make a watch that’s as American as possible, Weiss makes buckles, cases and crowns from one block of stainless steel. This allows the watch to resist types of corrosion. Solid brass is used to create the dials so that weaker points are few and far between. Sapphire crystal is used on both the back and the front of the case.

Most watches made in America use a Japanese or Swiss movement. But not Weiss. Weiss uses a Caliber 1003 movement, created exclusively in America. This movement is manual, not requiring any technological help. The Caliber movement is put together in a workshop in LA.

It takes around 35 hours to put together a Weiss watch, but the piece itself will survive for far longer. Generations, even, if looked after properly.

The Detroit Watch Company, from designers Patrick and Amy Ayoub, used their background in design to create their company. They chose to set up in Motor City.

Detroit Watch Company dedicates itself to the history of the city, as well as reflecting different eras. Such examples include The City Collection 313 and the M1-Woodward.

Detroit Watch Company timepieces are suitable for anyone, including history buffs and collectors who love a style that can work forever.

Devon is the first US brand to be nominated for the Grand Prix d’Horlogerie de Genève. Their watches are incredibly unique, both created and put together in the USA. Using an eye-catching display of interweaving time belts, Devon watches offer the wearer the time in a way that no other brand does.

Devon both develops and makes its watches in the US, and nowhere else. They’re one of the best of the bunch, and very much worth their weight in gold. 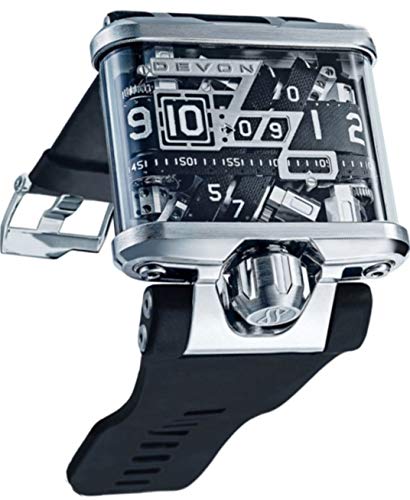 Oak and Oscar is an independent brand making mechanical watches. Watches from Oak and Oscar are often inspired by momentous life experiences that need something to mark the occasion. Such as weddings or a father passing his watch down to his son. Timepieces often feature-rich leather and high-quality stainless steel. They pride themselves on well-thought-out watches.

Partially put together and tested in Switzerland, the rest of the watch comes from America.

A cool thing about this brand is that some of the money made from every purchase is donated to a dog rescue charity in Chicago.

Vortic gets its inspiration from past pocket watches from America. They’re for collectors who prefer meaning over substance. They work from within Colorado, putting together older pocket watches and modern bands.

The process goes like this… A watch is sold at a pawn shop. The shop owner takes away the movement, keeping the case to sell on later. Then, Vortic comes in and reverse-engineers older parts for those movements.

So, the bands and cases are modern, but the movement on the inside is the same one used to run an older watch. A little slice of history on your wrist! One you might one day pass down to somebody you care about, too.

Founded in Pittsburg in 1998, Kobold was part of a class at the University of Carnegie Mellon, covering entrepreneurship. They’re independent and family-owned, even today.

Kobold became the first brand to sell watches online and release the first watches serially assembled in America in almost a generation, and continuing to make their watch cases at Merry Oaks Farm, which can be found in the Amish Country of Northwestern Pennsylvania.

Kobold also created the Seal watch, an idea created by a chap named James Gandolfini, who, in his time, used to be an actor. The Seal still inspires other watch designs today, after more than a decade in production.

We hope you’ve enjoyed this tour of some of the great American watch brands!

You are here: Superwatches > Brands > 8 American Watch Brands to Look out for in 2021

The Garmin Fenix 7 is due to be released imminently. Naturally, there is a wide range of rumours circulating about what we can expect. If you are as excited as we are about it, … END_OF_DOCUMENT_TOKEN_TO_BE_REPLACED

There's no doubt that Garmin is one of the best smartwatch manufacturers in the world. However, the Garmin Vivoactive 4 was released in 2019, and we think that it's absolutely time … END_OF_DOCUMENT_TOKEN_TO_BE_REPLACED

In the tech sector, it’s fair to say that smartwatches are fairly hot property. So there are lots of upcoming and new smartwatches in 2021 that you might be interested … END_OF_DOCUMENT_TOKEN_TO_BE_REPLACED

When Mobvoi delivered the TicWatch GTH to China at the beginning of the year, it wasn't expected to release so soon! However, the TicWatch E3 is likely to be unveiled soon, and … END_OF_DOCUMENT_TOKEN_TO_BE_REPLACED

If you are a fan of Samsung watches, you've heard about the upcoming Samsung Galaxy Watch 4. There is currently no official release date, cost, or features list, so we will share … END_OF_DOCUMENT_TOKEN_TO_BE_REPLACED