We take a look at a look at four celebrity-endorsed smartwatches.

Fossil hired Kristen Bell for its Q Accomplice campaign, which was called Fossil Firsts. A few other famous faces were seen promoting the Q Accomplice and the reviews were mixed. This model is a hybrid because it was meant to fuse a traditional timepiece with smart technology.

Overall, it doesn’t deliver anything new to the hybrid smartwatch market, but that doesn’t mean it’s not good. For a start, it’s a lot better looking than most. There’s real quality in the design, it has a really sleek look which differentiates it from some of its chunkier or more basic smartwatch rivals.

One major plus is the fact that the battery life is long. One common downside to owning a smartwatch is that, more often than not, you have to charge it every two days or so.

The Q Accomplice is Android and iOS compatible, which again is seen less often as smartwatches more often favour the former. As it says in the title, this watch is a hybrid so one shouldn’t expect the bells and whistles of a more tech-driven device – but it does the basics very efficiently. 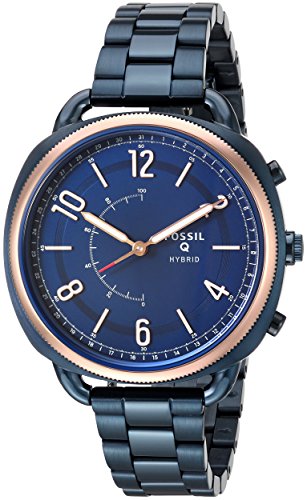 If you like the sound of this, check out our review of the Fossil Q Explorist 4th Gen, here.

The celebrity connection here is Gwyneth Paltrow, who wore the Frédérique Constant Horological smartwatch during a charity activity, which she spoke passionately about at the launch.

You won’t find a better looking Swiss watch at this price. The Frederique Constant Hybrid is in the luxury league and has all the mechanics and engineering of something far more costly. Unfortunately, perhaps it is too industrial and there hasn’t been enough technology included. It has a classic watch face with a few smart functions thrown in.

If you’ve never had a smartwatch, the features such as sleep tracking and step counting will be a welcome addition to your daily life. It doesn’t have an interactive touchscreen so you don’t get notifications or menus to scroll through. It connects you to your phone, rather than separating you.

On the whole, the main thing about this watch is its beauty with a few smart things added for fun. Gwyneth probably should’ve approached Garmin for her trek… 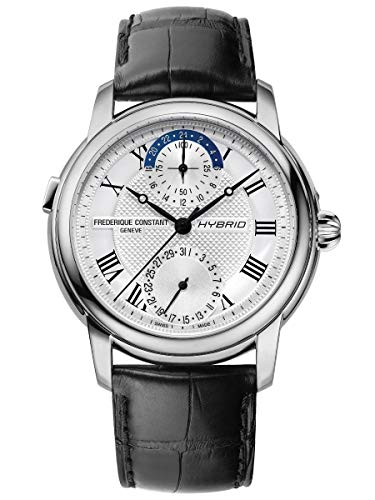 The Fitbit Ionic is Fitbit’s first attempted at making a smartwatch and its core concern is fitness and health tracking. For some purchasing persuasion, Fitbit recruited trainer and nutritionist to the stars, Harley Pasternak, to talk about why he loves the brand.

The Ionic packs in features which include the increasingly popular Fitbit Pay, a solid GPS offering and great battery life. The lines are a little blurry when it comes to categorising this device; it seems to be a fitness tracker with some smart features rather than the reverse.

It will do everything you’ve come to expect and love from a Fitbit, including heart rate monitoring, activity tracking (from running to cycling and weight training), steps, calories burned, time, laps, distance, floors. The real selling point is the inclusion of the Fitbit Coach feature.

Fitbit doesn’t like to do the same thing twice and the design of the Ionic is certainly unique. It has a full-colour rectangular screen with a solid bezel and it comes with either a leather or plastic strap, although you’re also able to choose from a huge selection of other straps. Some will love the Ionic’s unusual design, others maybe not so much.

Read our full review of the Fitbit Ionic, here.

Tom Brady isn’t the only celebrity involved in the marketing the smartwatch – the likes of Christian Ronaldo showed up too when Tag Heuer said they could design their own watch faces.

The screen isn’t particularly bright or responsive. It has considerably less pixel density than smartwatches that cost a fraction of the Connected. This is a shame considering it has an above-average size display.

The Connected runs on the latest version of Android Wear and rather than the watch offering unique functions and features, it essentially becomes a host for Google Now, showing the familiar cards on-screen. There’s also the ability to use Google Assistant. Tag made some effort to create native apps for basic functions, but otherwise, you’ll need to download it from the Android store. It’s not that good for Apple users.

It sticks to the high-quality, rather chunky Tag design, and it’s a lot of titanium for your money. It only comes in one colour, and the straps are proprietary so if you don’t like them, expect to shell out some more money.

Unfortunately, regardless of the price tag, high-profile endorsements and how fabulous it looks, when it boils down to it, the result is disappointingly cheap in terms of its functions. 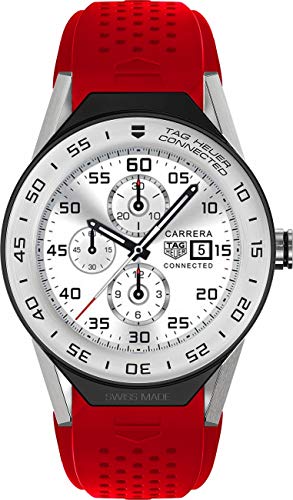 We covered this watch in a review and you can read that, here.

It’s not new to see a brand employing a celebrity to endorse their product – but a big name doesn’t necessarily mean a great product. Celebrity-endorsed smartwatches are no different.