Rumours of a smartwatch from Google have been circulating since circa 2018. 3 years later, we seemed to be no closer to seeing it for real. However, that may have just changed. Jon Prosser, a credible source for Android-related leaks, recently posted a video to his YouTube channel Front Page Tech. The video showed possible renders of the Google Pixel Watch.

Jon Prosser claims to have seen marketing material for the watch. He then collaborated with Ian Zelbo to create the renders you will see throughout this article.

The Google Pixel Watch certainly has a sleek and minimal design. Looking much slimmer than your average smartwatch. Consequently, we think it’s safe to expect it to be lightweight and comfortable to wear.

There are no buttons on the device; however, there is a crown on the right-hand side, usually only found on analogue watches. The round face, bezel-less design, and the display wrap around the frame are not too dissimilar to the Samsung Galaxy Active 2. The leaks also suggest the watch could have 20 different bands.

As we said previously, this leak did not include any information about features. However, there are some things we can make educated guesses about. The Google Pixel Watch is most likely going to use Wear OS. Being a Google creation, we would expect to see access to smart features such as notifications. Google Pay, Google Assistant, Google Fit and Google Maps are also likely to be included. Furthermore, Jon Prosser claims the marketing material used slogans such as “Your route at a glance”, “Your agenda at a glance”, and “Your health at a glance.”

With Googles recent acquisition of Fitbit, it is safe to say the Google Pixel Watch will have a suite of fitness features. We already know it will include a heart rate sensor, based on one of the images seen. Google also sent out a recent survey to people asking about new features they would like to see available in Wear OS. Some of these features included SPO2 tracking, sleep analysis, recovery time monitoring, stress tracking, and more. Could this have been research for the development of the Google Pixel Watch?

A possible release date for the Google Pixel Watch was included in the leak, October 2021. However, Google can have a habit of delaying or cancelling products completely. Consequently, as with any leak, this needs to be taken with a pinch of salt.

It would certainly be exciting to see a flagship wearable from Google this year. Especially if it could compete with the likes of Apple as people are expecting it to.

On the subject of Apple. Another recent rumour suggests Apple could finally be making a significant change to the Apple Watch’s iconic design. A recent patent suggests Apple is researching a display that wraps around the band. This would mean the band becomes an extension of the display. We’ll give you a more detailed update on this, though, when we know more. 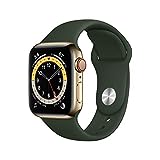 You are here: Superwatches > Brands > Are we finally going to see a Google Pixel Watch?