James Bond is a huge part of popular culture since the 1960s with no sign of stopping. One of the things that we all love about Bond is his suave sense of style and range of gadgets.

Over the years, Bond’s watches have become sought-after timepieces, with many of them now worth a lot of money. Take a look below at the watches each Bond has worn over the years.

This gold watch is a real classic and has a Swiss movement with a white dial and luxury leather strap. Nothing says Bond more than this!

It is another Swiss-made work of art with a stainless steel strap, gold accent, and a classic Rolex face.

As Rolex is a brand that oozes quality, it’s no shock to learn that when George Lazenby took up the role of 007, he wore one too. This time it was the Rolex Perpetual Submariner 5513 that took centre stage. It then later reappeared on Roger Moore’s wrist in subsequent films.

The device is not the same as Connery’s; the 5513 isn’t officially Swiss-made because it’s not CSOC certified. It continued production well into the 1980s, while the 6538 stopped in the 1960s.

This watch was the only chronograph Bond wore, and rumour has it that Lazenby loved it – so much so that he kept it until he died in 2003.

They manufactured the 6238 in 1968 from silver and designed it for sports usage. This timepiece is one of the best chronographs from that time and its popularity due to the spectacular look and optimal performance.

When Roger Moore first took the reins as Bond, he broke with Rolex tradition and sported a Hamilton Pulsar P2 as well as later using a Submariner 5513. At the time of wearing the Pulsar, digital watches were not as widely used as they are now, making it a statement piece that the audience would have noticed.

The shift to the Pulsar P2 was significant as it showed that Bond now interested in tech and gadgets, a trait that grew as more films released.

Fans of this watch were overjoyed when Hamilton released a reproduction of the Pulsar P2, now called the Hamilton PSR.

As Moore continued in his role, he would move to choose Seiko timepieces instead of Rolex. This was a fascinating choice as it was in tune with the Japanese watch revolution that left Swiss makers uncertain of their future.

The most popular Seiko that he wore was probably the 7A28 which offered an analogue display and used a quartz movement.

Bond’s well known for watery scenes, so choosing the TAG Heuer diving watches makes sense. The Professional series is still in production today in case you want to find a Bond-style diving companion.

Dalton sported a Rolex 16610 in both his second and final film. This model was so popular it continued production until 2010, with only superficial changes made.

This Submariner watch comes with a sturdy, stainless steel bracelet and offers the date and time to see on the black-backed watch dial. The watch glass is scratch-resistant and offers the security you need when out on a mission or handling everyday life! 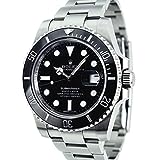 Pierce Brosnan’s first appearance as Bond featured an Omega Seamaster 2541.80. It’s a slue and stainless steel device with the date and luminous hands so that you can see the time in any weather. It is also water-resistant up to 300m, but it’s not easy to get a hold of one because it’s not in commission anymore.

For his final three films, Brosnan wore the Omega Seamaster 2531.80, which is incredibly similar to the 2541.80. However, the main and biggest difference is that it is automatic. In looks, you won’t notice a big difference in the date, hour, minute, and second markers.

When Daniel Craig hit the big screen, it was clear that Omega watches were still in fashion, and he wore 2900 in Casino Royale and 2201 in Quantum of Solace. Perhaps most interestingly, Craig has never worn the same watch across films, opting for a new timepiece each time.

The 2201 is a watch with a black-backed dial, luminous hands, and markers, all cased up in stainless steel. It is an automatic watch and has a scratch-resistant sapphire crystal screen. At 42mm, it looks great on most wrists and can still be sourced today for a reasonable price.

The Future of Bond

While we do not yet know what to expect in the next Bond installment, we can be pretty certain that Omega will have a role to play. Whatever ends up being 007’s wrist attire is sure to become a popular choice with fans all over the globe!