If you often find yourself in challenging situations, you’ll need a watch that can keep up. This is the time to start looking at tactical watches.

A tactical watch is designed specifically for people in the forces or those undergoing extreme sports. There isn’t one perfect tactical watch as everyone has different requirements. Here’s a look at five great options.

First up is the bargain option. It has a casual look and feel and goes well with outdoor gear to let people know you’re serious about your missions.

It has a 39mm case made of scratch-resistant, resin-coated material, attached to a leather/nylon mix green band with a buckle clasp. At 3.2oz it’s an average weight for this kind of timepiece.

It has a Japanese quartz movement that shows the day and date, along with a stopwatch, a countdown timer and alarms. The display itself has a backlight so you’ll be able to see it in the dark.

The Timex Classic Expedition can resist water up to 99 feet deep. This means it’s perfect if part of your adventures involves white water rafting or snorkelling. Its durability won’t let you down. 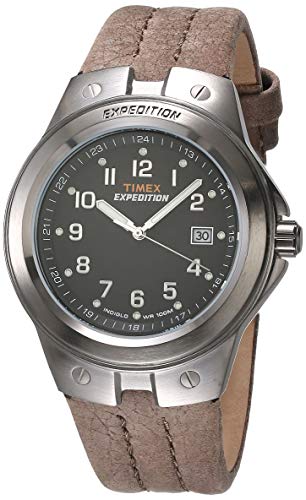 This is a GPD rugged watch that’s made to withstand the extremes. It’s been developed to US Military standards for shock, water (100m) and thermal resistance.

The really outdoorsy features include a barometer, altimeter, compass and various satellite systems for navigation for ultimate accuracy.

It has smart features to keep you connected. It’ll deliver your smartphone notifications and will also transfer data to/from your Garmin app.

You can utilise the Traceback feature which will record your movements on your route so you can find your way back.

It offers 14 days of battery life if you use it just in smartwatch mode. In GPS mode you’ll get 16 hours. If you’re using the battery-saver mode; you’ll get an impressive 40 hours between charges.

This device is perfect for understanding your surroundings. This altimeter monitors your movement. The barometer tracks air pressure around you. The compass leads the way.

It also monitors the weather, including the position of the sun. It’ll operate in extreme temperature conditions. If there’s a storm coming, it’ll alert you so you can take cover. It has the sunrise and set times for over 400 locations.

It comes in a handful of different designs. The face can be customised to show the data most important to you. It’ll sync with an Android or iOS smartphone to deliver your all-important notifications on the go. 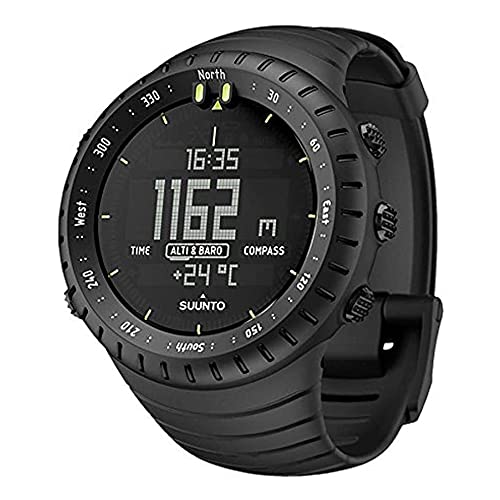 You can never go wrong with a Casio. This high-end tactical offering ignores flashy smartwatch features and focuses on being a sports watch that has both a digital and analogue display.

It has a rechargeable solar-powered battery. There’s a panel on the face that does all the hard work for you. Your Casio will perform seamlessly for anywhere between five and 34 months without seeing a hint of sunlight – amazing!

It has ABC features plus a thermometer and world time. It’ll also let you set five alarms every day. You can dive in this watch, too, with an ATM rating of 100m. 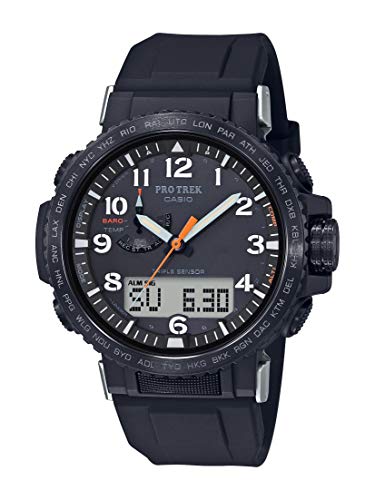 The first thing people tend to notice about the Recon is the number of markers surrounding the face. It’s easy to be daunted by all the numbers and lines but it just takes a bit of getting used to.

The Recon has an analogue display showing the date and the dial is black and has luminous hands and big, bold Arabic numeral symbols. The other markings are the walking speed tachymeter. This tells you how fast you’re going.

There’s also a navigation function that has a magnetic compass including a rotating navigational ring. There’s a lot of tech in this watch, but not the smart or multisport kind. It takes a real enthusiast to appreciate this beast. 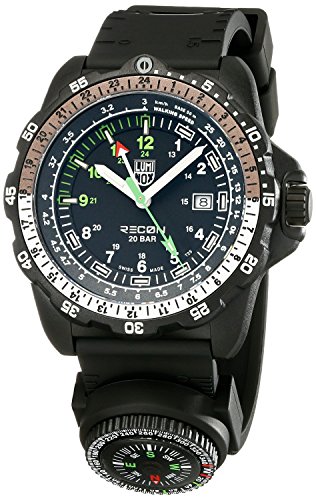 If you don’t mind its unassuming appearance, the Garmin Instinct Solar is among the strongest tactical watches available. It’s extremely durable and useful. In fact, it’s military-grade.

Garmin has been launching a spate of solar smartwatches over the recent years, including some upgrades to older models, in recent months, indulging in a little sun-worshipping. The Garmin Instinct Solar is a newer version of the older Instinct from 3 years back, with better battery life due to frequent solar top-ups and a few other improvements beneath the hood.

The Instinct Solar isn’t the most fashionable GPS watch on the market, but it’s so helpful that you’ll not find a more functional companion for off-road trekking.

Loaded with navigation functions, as well as a long battery life thanks to Garmin’s Power Glass, which keeps it charged even when it’s not in use. The Instinct Solar is a joy to use, and it’s obvious that it was created by individuals who are enthusiastic about sports and the outdoors.

The new G-Shock watch is designed to be a genuine competitor to the most renowned Garmin watches on the market, but with Casio’s famous bulky stylings. It’s a superb competitor in this list of tactical watches.

The GBD-H1000 is available in a range of gnarly colours, so check them all out before deciding.

These G-Shock versions are tough, as expected, and have a built-in heart rate monitor and GPS, as well as the ability to be charged by the sun.

If you simply want to use this watch as a fitness tracker to receive alerts and step counts, you’ll only need to charge it once a week for two hours (or 8 hours under fluorescent lights).

If you use the USB charger, it will operate for 14 hours, according to Casio, giving it long battery life.

There’s also compatibility for the GLONASS and MICHIBIKI satellite systems, allowing you to travel across the world with your G-Shock and have complete navigation assistance.

A compass, pressure, thermometer, and accelerometer are among the other sensors that provide basic step tracking. The watch is powered by an LCD screen, but unlike Casio’s Pro Trek smartwatches, it will not display Wear OS since it is not based on Google’s smartwatch operating system.

It does, however, utilise Bluetooth to connect to Casio’s own dedicated app, which allows you to examine monitoring data such as trip destinations and delve deeper into fitness tracker insights. 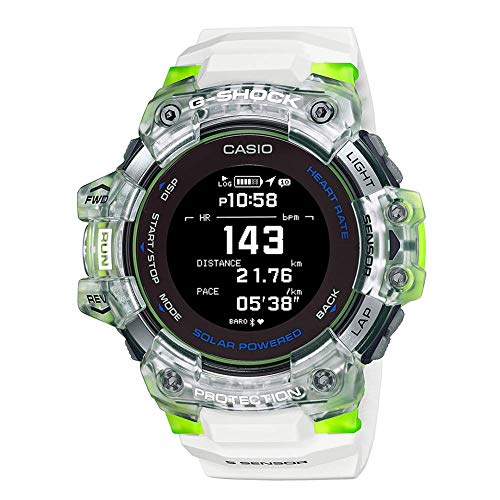 Tactical watches are a boon for people with an outdoor lifestyle. Maybe you’re in the forces or enjoy intense outdoor adventures. Either way, you need a watch that will be a faithful and robust companion, not one that gives instant access to social media or texts. You need something that will withstand the elements and survive some rough and tumble. The material your tactical watch is made of is really important here, as is the ATM rating.

Check out these 7 offerings – one of them is capable of meeting your requirements perfectly.