Zepp has undergone something of a rebrand lately. They’ve released the new Zepp E Smartwatch that is a fitness-first device with a unique operating system.

For a while now, Zepp has been making a specific fitness tracker aimed at monitoring a few given sports. Tennis to football, golf to baseball; Zepp has it covered. Now, the Zepp E smartwatch has come along and is making waves in an ocean otherwise dominated by Samsung, Apple and Fossil. Zepp says it’s finally added new sports modes and that the Zepp E is a refreshed attempt at what a 2020 smartwatch should be like.

Despite going rogue where operating systems are concerned, the Zepp E has had a lot of design attention. Some say the square version of the Zepp E is reminiscent of the Apple Watch 5, and the rounder version of the Samsung Galaxy Active Watch. For this review, we’re mostly looking at the former. 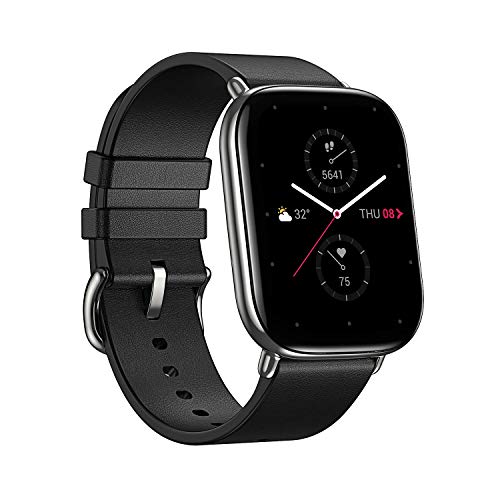 One of the better things about the Samsung Galaxy Active Watch 2 is the curved bezels which make the screen feel bigger. It’s refreshing to see another brand using this tactic. Resulting in a modern feel rather than a barrier, compared to, say the TicWatch Pro.

The square version does seem to piggyback on Apple’s design a little too much, but fans of the look will love the lower price of the Zepp.

Both come with a stainless steel chassis with contrasting deep back bezels. You get one button on the right side that wakes the watch and takes you into the menu (or back out to the watch face). One long press presents you with a list of workouts, which you can customise.

The Zepp comes with an AMOLED screen, which is sensational. On the round version, the screen is 1.28 inches and has a 416 x 416 pixel resolution. It offers a wonderful brightness that makes reading in any lighting conditions a breeze.  If you’re using a watch face that has a black background, it makes the bezels really pop.

With it’s own operating system, the Zepp E has some compatibility development to do. There is no complementing app store for third party apps. It offers a few built in apps like the weather and music control. It doesn’t offer things like contactless payments or built in GPS, though. In compensation, there are a lot of watch faces to choose form. Dozens are free and very stylish.

On the whole, the Zepp E is fluid because it’s not overloaded with features to slow it down. So you get a responsive device. Not every Wear OS device can say this.

The Zepp E leads heavily toward a fitness-conscious audience. It has a decent heart rate monitor on board which can be complemented with a MyZon MZ3 strap for improved accuracy.

You can see your data in the new Zepp app, which you might know under it’s previous name of  Amazfit. Similarly to Google Fit, the Zepp app gives you points based on movement. It’ll monitor this over 7 days and provide a score, considering your age and fitness level.

It’ll also monitor your sleep and provide data in the app. Again, it’ll give you a score out of 100, similar to the Fitbit app, but better than that, will tell you why your sleep was good or poor quality.

Zepp claims the E will give you seven full days battery life between charges. This is really appealing in comparison to most smart and fitness watches.

As with any device, this really depends on what you’re using on the device and for how long. Luckily, once your battery is dead, you only need an hour for a full charge.

Should you buy the Zepp E? 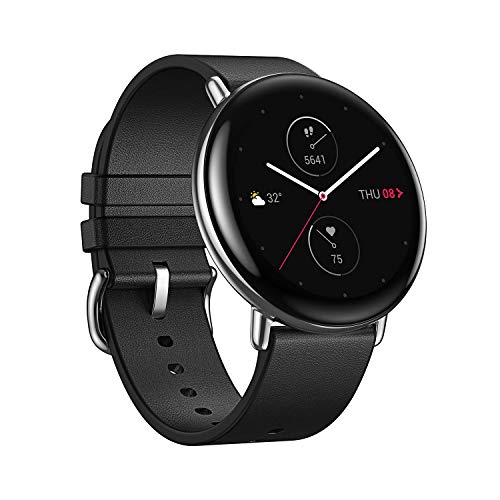 The Zepp E absolutely nailed some things. The AMOLED screen is one of the best on offer this year in this price range. A seven day battery life out-ranks a lot of alternatives, too.

It’s a solid smart and fitness watch hybrid offering. The features don’t stand up to the likes of the Apple Watch. However, it does stand up against devices in the same price bracket such as the Garmin Venu or Fitbit Versa 3. The Zepp E smartwatch is a great choice.