As tech advances, people have more options than ever before for analyzing their health, well-being, and now, safety. The Apple Watch Series was certainly a game-changer for this. Firstly, the Series 4 was launched, followed by the 5 and 6, and now the Series 7, which became available in late 2021.

However, before you can appreciate how this watch can benefit people, you must first understand the smartwatch’s cutting-edge technology.

This technology employs an accelerometer and gyroscope capable of measuring up to 32 g-forces. Consequently, if a loved one falls, the fall detection system can instantly detect it and contact assistance.

There is a lot of interest in how fall detection works. The gyroscope and accelerometer technologies in medical alert devices enable automatic fall detection. They are capable of monitoring your everyday activities and alerting you when you fall. Moreover, it can also be integrated into other devices you own, such as a smartwatch. Accelerometers measure changes in velocity or speed over time.

Consider how your screen’s orientation changes as your smartphone’s location changes. That is a demonstration of accelerometer technology in action! According to LiveScience, a gyroscope is a device that uses gravity to determine its orientation. When both of these apps are used concurrently, they may be particularly effective at detecting falls.

Although similar tech has been available in smartphones for some time, the Apple Watch lays claim to proprietary algorithms that more accurately detect when a person has fallen. Historically, automated fall detection has been criticized for not always accurately detecting falls; according to a recent study, it missed 12 out of every 15 “true falls.”

If the user becomes immobile, the new Apple Watch capability prompts them to indicate whether they are OK or wish to contact emergency services. If there is no activity for more than 60 seconds, it will immediately alert emergency services and relay your location to your emergency contacts. In these emergencies, prompt assistance can frequently save a life.

Apple Watches have had fall detection since the Series 4 generation, and each successive generation has improved on the feature. The Series 7 brought further enhancements to the fall detection system. It enhanced the algorithm and technologies to increase its precision. If the Series 7 detects a significant fall, it preserves the watch’s alert, allowing users to summon emergency services directly from the watch. However, with the addition of Series 7 fall detection technology, the watch can now detect when the user falls while exercising; making walks, bike rides, and even Zumba classes safer.

Why is it critical to identify falls?

According to the CDC, nearly one million seniors are hospitalized each year in the United States due to a fall. Those who fall risk breaking their hips, which can result in extra complications. As such, a fall is also the leading cause of injury-related death in those 65 years and older.

Falls may be handled more quickly and successfully with the incorporation of this technology in items such as an automatic fall detection necklace, a fall detection watch, or the new Apple Watch, thereby preventing some of the deaths caused by falls.

Indeed, a man from Spokane, Washington, claimed that the Apple Watch saved his father after he was knocked unconscious after falling off his bike. The Apple Watch detected his fall and immediately notified his contacts and emergency personnel, who could locate and bring the gentleman to the hospital for treatment.

Is fall detection an option on the Apple Watch without cellular connectivity?

Fall Detection will require cellular connectivity to make emergency calls and send messages to emergency contacts. This can be accomplished via your iPhone (as long as it is within Bluetooth range) or the Apple Watch (but only if the LTE version is used). Or it must be connected to a recognized Wi-Fi network.

This means that if you own an Apple Watch with cellular capabilities, you can use it to notify emergency contacts and make emergency calls. If, however, you do not own the cellular version, you will require an iPhone.

Fall Detection will not work unless your Apple Watch is connected to your iPhone, regardless of whether you have a cellular plan. This feature has been incorporated in every Apple Watch model since the device’s inception.

Is there a fall detection feature on the iPhone?

Your iPhone will not detect a fall; instead, it will act as a relay for placing an emergency call via the Apple Watch Fall Detection interface. Without a Wi-Fi connection, though, you can use Emergency SOS on an iPhone.

Will the Apple Watch’s fall detection feature function outside of the United States?

If you’re traveling internationally and have an Apple Watch Series 5, the emergency services in the majority of countries will respond in the event of a fall. This will work even if you do not have a cellular plan for your Apple Watch while traveling.

Will the Apple Watch’s Fall detection work in every country?

In some countries, such as China, you must configure your Apple Watch to contact the police, fire department, or ambulance before it can be used for Fall Detection. Numerous African nations (with the exception of Rwanda and South Africa), as well as North and South Korea, and Vietnam, either lack this feature or require you to configure it for your current location before using it.

Is fall detection appropriate for individuals of all ages?

Fall detection is only available to people aged 18 and up. This is because, in addition to being required to be 18 years old to sign a cellular contract, the majority of people under the age of 18 are active, fall, and frequently trip, especially kids.

Will it work automatically once connected to cellular or wi-fi?

This feature will activate automatically unless you are 55 or older and entered your age during the Apple Watch setup process or in the Health app. Verify that the Medical ID and Health Profile interfaces appropriately display your age.

Under the age of 55, users must configure the Apple Watch, link it to a Wi-Fi network, and enable the Fall Detection feature. This is how it is accomplished:

By inputting the password, you can join the network.

Activating the Fall Detection System (or Off)

Open the Apple Watch app on your iPhone.

From the drop-down option, select “My Watch.”

For more information, check out the Support section on the Apple site.

What Is Apple Crash Detection?

The Apple Watch already offers incident detection, emergency SOS calls, but what’s next in line to join their high-quality safety features? Well, the next service supposedly being developed for Apple Watch is crash detection.

Crash detection is a safety feature that will be able to recognize if the user is in a car crash and then it will call the authorities straight away. Similarly to fall detection, this new crash feature would use built-in sensors, like the accelerometer, to detect impact from another vehicle.

This feature is currently in the testing stages and Apple has been using anonymous data shared by Apple Watch users to help the software developers. The developers have also been working with 911 call data to improve the algorithm, ironing out any creases ready for the software’s release.

Unlike fall detection, the emergency call will be immediate and it will call 911 not their pre-selected emergency contacts. This is good news for drivers, as a quick call to the emergency services will likely save lives in serious situations.

A similar feature has already been released on the Google Pixel phones, but this will be the first time a smartwatch will have crash detection. Cars lack these modern safety elements, so this new watch feature will add an extra layer of safety for drivers. All they’ll need to do is set up the feature and wear their watch whilst driving for added protection on the roads.

It’s unclear when the feature will be released, but The Wall Street Journal has predicted a release within the next year. Who knows, perhaps we’ll be driving around with crash detection very soon.

What else is new with the Apple Watch 7?

Another fantastic feature of the Apple Watch Series 4 through to today’s 7 is a heart sensor app that can perform real-time EKGs. This is the first device with a built-in heart rate monitor. Additionally, it monitors the heart for any irregularities. The watch’s biometric data is stored on the device and can be quickly forwarded to your health care practitioner.

Additionally, the new Series 7 is more user-friendly, with a display that is 50% larger and a speaker that is 50% louder than previous models. This simplifies typing and viewing the screen for persons with fine motor issues and those with impaired vision.

In addition to the EKG functions, the Series 7 can test blood oxygen levels on-demand and identify any aberrant heart rhythms. This information may be used to give the user peace of mind or to record readings for further exchange with a physician.

As with the Series 6, Series 7 includes programs to assist with sleep and routine, track exercise or fitness goals, and connect with family members who are also on the same plan.

Apart from its added features, the Apple Watch doubles as a small smartphone and a fitness tracker, making it the ideal smartwatch for practically everyone.

To learn more about the Apple Watches, you can get today, check out our Apple Watch comparison.

You are here: Superwatches > Apple > How does Apple incident detection work? 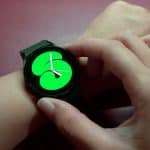 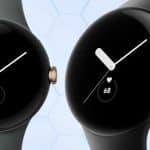 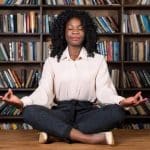 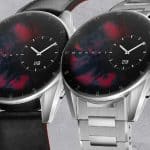 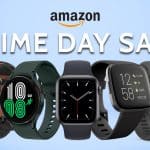