Timex came along and introduced us to their Timex Smart range. This consists of four smartwatches (with touchscreen) in round and square cases. The round model is called the Timex Metropolitan R and the square is called the Metropolitan S. Both cost $179, have a touch screen and a two-week battery life. They’re iOS and Android compatible, too!

The Metropolitan R has a slimline 42mm case with two buttons on the right. It has a textured aluminium case with a polished bezel and plastic underside. The bezel is sporty-looking with a chronograph style (note, it doesn’t rotate, though). It looks awesome when you opt for a black watch face.

The sleek design is also lightweight, at only 39g. The AMOLED screen is 1.2inches and offers a bold and bright readability in most lighting. It does have an always-on function, which seems to be wildly popular at the moment, but you can turn it off if you need to save your battery life. In this case, you simply raise your wrist to wake the display.

The strap is pretty special. It’s a slim 20mm tan leather with a silicone underside, which is great for protecting the watch from sweat or general moisture and dirt.

The upper button of the two is the wake button and the lower brings up the menu. 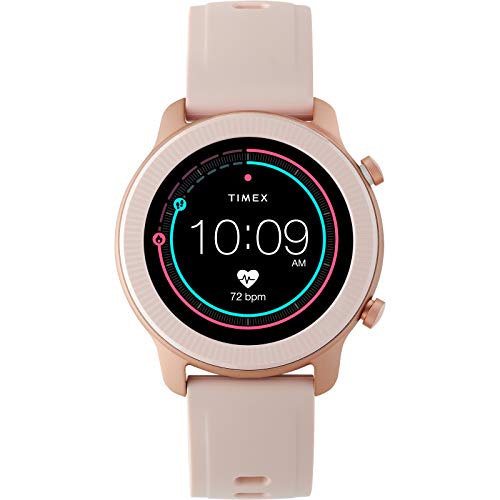 Inside the Timex Metropolitan R

Timex hasn’t used Wear OS on the Metro series. Instead, the operating system is proprietary. Something we’ve also recently seen on the new Zepp E smartwatch. There is a Timex app, which offers many faces to choose from. If it feels familiar, it’s because the company behind the Amazfit smartwatch series, Huami, also built this app (again, something you’ll find similar to the Zepp E, who also used Amazfit).

You don’t miss Wear OS, because they run pretty similarly. You need to swipe left for your steps, distance and calories. Swipe another time and you’ll get your heart rate. Up takes you to the menu and you notifications, music control, alarms and workouts. Finally, down will show you your quick-access menu items.

The workout plans available include running, walking, swimming, cycling and even climbing and skiing. When you begin any activity, the GPS kicks in, which is cool. The device is water resistant to 30m which means it’ll be OK to swim in (handy, as it has a swimming mode).

The app is user-friendly and synching the watch is fast. Even updates take only a few moments. It’s much faster than all Wear OS devices as well as the Amazfit GTS.

The app is where you data is stored. Fitness as well as sleep quality. It’ll present you with some nice graphs for the latter.

Timex haven’t told us about the RAM inside the Metropolitan R, nor do we know the battery size. Marketing material claims you’ll get 12 days between charges; which is fantastic. The Metropolitan S has a marginally bigger battery and you’ll get 14 days out of it.

There is GPS, but not NFC for payments.

They both come in different materials and colours from black, brown, gunmetal and rose gold-tone. All models cost $179. 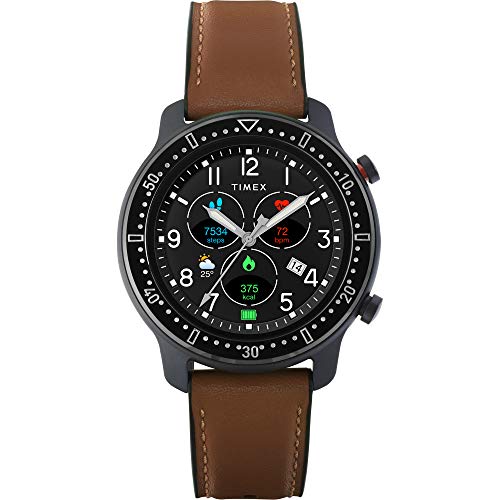 Is the Timex Metropolitan R worth it?

Slimline compared to alternatives and certainly attractive. The long battery life on the Timex Metropolitan R is certainly a winning feature. GPS brings an edge of competitiveness as we see more devices with built in GPS as standard (consider the new Fitbit Versa 3). Fitness tracking is comprehensive, too.

All in all, considering it is faster than any Wear OS device and runs on proprietary software, Timex has produced a wonderful device for the price.