Fitbit is best known for fitness trackers and its iconic Versa has reached its third generation. The Fitbit Versa 3 has come along, which may be marginally overshadowed by the release of the new Fitbit Sense smartwatch. It has GPS, an improved Pulse Monitor, and now supports Google Assistant alongside Alexa.

Generally, it’s an improvement on the Versa 2. But, does that mean it’s the best of the two? We’re going to look at five aspects of the Versa versions to guide your decision. You could also compare the Versa 2 and original versa here.

The Fitbit Versa 3 and 2 look almost identical, but an educated eye will see some subtle changes. The Versa 3 is curvier. This is something Fitbit says offers better comfort. Also, it’s bigger. You get a 1.58 inch AMOLED screen which is huge compared to the 1.34 inch OLED screen on the Versa 2. The bigger size could mean it feels bulkier on the wrist, but this will come down to your wrist size.

The display sizes are close. On the Versa 3 you get 336 by 336 pixels where the Versa 2 offers 300 by 300. You won’t notice a dramatic difference. You might prefer the slightly larger display size of the Versa 3, though.

There isn’t a clear winner in this category.

Does the Fitbit Versa Have Incident Detection?

Though both the Versa 3 and the Versa 2 offer lots of improved features like GPS and health trackers, the Versa range is yet to have incident detection software. In fact, we’ve tested the complete range of Fitbit models and none of the smartwatches offer any fall detection or emergency contact software. Read more about Fitbit and Incident detection in this guide.

This may be bad news to some, as incident detection software is perfect for giving customers a safety net when they’re in danger. If you want a Fitbit and don’t want to opt for a different brand, there are various third-party apps that can replicate built-in fall detection instead.

Will Fitbit Add This Feature?

If you want a Versa model with incident detection, the Fitbit Versa 4 is expected to arrive in the spring or summer of 2022 and there are rumors that this might contain fall detection. While we don’t know any definite news about the new release, we have our fingers crossed that Fitbit decides to embrace this helpful technology soon.

Again, another even match between the Fitbit Versa 2 and the Versa 3. Both devices track your steps, calories burned, distance, and active minutes. Heart rate monitoring is round the clock and both offer sleep tracking and menstrual cycle tracking for women.

One major difference is the built-in GPS tracking from the Versa 3. This is the first time for any Fitbit device. This is going to be a huge win for cyclists and runners who will be able to map their outdoor adventures.

There’s an improved heart rate monitor in the Versa 3, too. It will collect data from more points on the watch and utilize machine learning to provide accurate information about your heart health. More so than the Versa 2 can offer. If you’re interested in looking at yours closely, the Versa 3 is your friend.

So, the winner of this category is clearly the Versa 3.

The Fitbit Versa 2 claims to have a six-day battery life between charges. Equally, Versa 3 claims the same. But the Versa 3 takes the top spot here because it has new fast charging capabilities. You can get a full day of charge in just 12 minutes. The Versa 2 can’t keep up with this. So, yes the battery life is the same, but the Versa 3 is more convenient.

Another win for the Versa 3.

Both the Versa 2 and 3 have extracurricular features beyond the traditional Fitbit fitness ones. Now you can control your music (for Deezer and Spotify), reply to messages (if you’re an Android user) and make contactless payments with Fitbit Pay. Both have a Do Not Disturb mode and compatibility with many non-fitness and health apps.

The Versa 3 welcomes the addition of Google Assistant compatibility. The Versa 2 came with Alexa support and the Versa 3 offers a choice.

Another victory for the Versa 3.

Brands these days are coming out with lite versions of their major players (see the Apple Watch SE as an example). Here, to the naked eye, you couldn’t tell them apart, but the lighter versions are, as the name suggests, lighter on features and therefore the price.

The Fitbit Versa Lite is a dialed-down version of the Fitbit Versa 3 but has all the features of a decent fitness tracker. You can’t access or control music and it doesn’t have Fitbit Pay. However, we all now Fitbit is synonymous with excellent fitness and health tracking and that’s exactly what you get.

It has the same sleek and comfortable design as its more expensive siblings, a good battery life and a cost-accessible price tag. So, if you can do without the contactless payments and GPS, it’s a great choice. 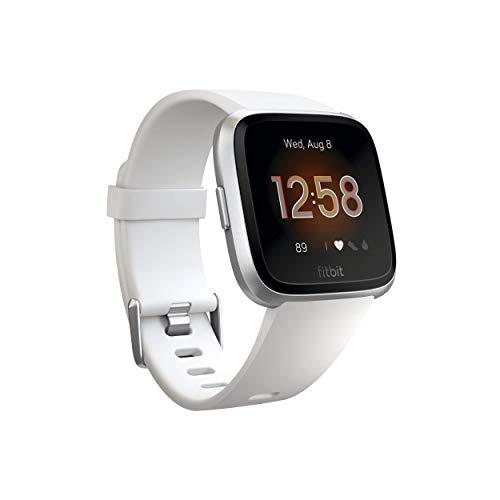 Truth be told, there isn’t a lot in it. If you like the new features then the Versa 3 marginally takes the lead over the Versa 2. The built-in GPS, the addition of Google Assistant, a better heart rate monitor, and the ability to fast charge are certainly worth the additional $30.

The Versa 2 is still a viable option. It is just as clear, offers the same battery life and fitness and health tracking bar the GPS and advanced pulse monitor. You can still utilize Fitbit Premium and save yourself $30 on the device itself. Either way, Fitbit is a reliable brand.

Do you already have the Versa 2? If so, will you be looking to upgrade to the next generation? Let us know in the comments!