With Wear OS 3 debuting on the Samsung Galaxy Watch 4, many consumers are keen to see if the new operating system is worth investing in or not. There’s no doubt that the Wear OS needed an update, and Google and Samsung deciding to partner up has been a real shock to the smart world where Apple has enjoyed domination.

Find out more about the new system and decide whether or not it can go head to head with Apple or not!

When Google updated their Android Wear system in 2018, they took the opportunity to rebrand it as Wear OS and then offered an updated version called Wear OS 2 a few months later. Wear OS 2 offered better functionality and a streamlined user interface to make life easier for their customers.

Then, in May 2021, at the Google I/O conference, the company announced their partnership with Samsung and shared their plans to update the Wear OS system with the Samsung Galaxy Watch 4 and Watch 4 Classic to be the first models that would have the new operating system. 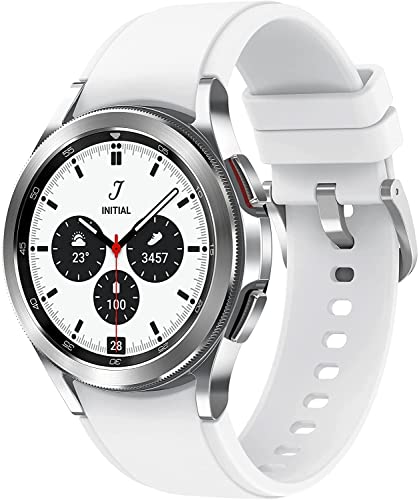 What Does the New Wear OS 3 Offer?

The Wear OS 3 comes with many standard features, including:

In addition to all the features listed above, the new Wear OS 3 offers the ability to jump from one app to another that you have recently opened with a simple double press of the watch side button. This addition is a welcome move, making it easier than ever before to access the information you need on your wrist, rather than having to head over to your phone instead.

You can also look forward to reduced loading time as the new system boasts 30% less time needed to get to your apps! There has also been an update in the capabilities of third-party apps, with things like Spotify being able to offer offline playback. We also expect to see the number of third-party capabilities continue to grow as Google works hard to improve the accessibility to services as demanded by consumers.

If you are not interested in buying a Galaxy Watch 4 or Watch 4 Classic, you will need to wait a while longer! In fact, there is little expectation of Google offering a Wear OS 3 update for all devices that have the right capabilities until at least the second quarter of 2022, if not later.

However, there are signs that movement will happen as new brands are now promising to offer it on devices they are developing. Fossil has announced that their Gen 6 watch will be able to offer Wear OS 3 when it’s available for general release, and many other companies are following suit, showing that there is a strong interest in Google and Samsung’s new system.

Other watch brands that have now confirmed that Wear OS 3 will be on their new watches or are rumored to offer it when it is released include:

What Apps Will be Available?

Having the new app capability sounds great, but before you jump headfirst into Wear OS 3, you may want to consider which brands will have apps for you to enjoy. In all likelihood, you will find that all big-name apps will eventually move to a Wear OS 3 option, but in the first instance, here is a list of confirmed apps:

Other app developers, such as MyFitnessPal and Adidas Running,  have confirmed that they will be rebuilding their apps to make them Wear OS-compatible. Still, it may take longer than you expect to get them published and ready to download. Our advice is if there is something you particularly love on Wear OS 2, then do not download the new system until it becomes available on Wear OS 3 unless you are happy not to use it for some time.

What Capabilities Will My Watch Need for Wear OS 3?

Initially, there was a common belief that all devices that have the Snapdragon Wear 3100 or newer would be compatible and able to offer Wear OS 3 on release. However, it has now been confirmed that to have it, the watch you own will need to offer Snapdragon 4100 or newer for it to work.

Interestingly, Google has also announced that some users may find it wiser to stick with Wear OS 2 if they have older devices with Snapdragon 4100. We assume this means that while the watch can technically upgrade the phone to Wear OS 3, it may not run as well as we would hope as time goes on, making it more advisable to stick to the tried and tested Wear OS 2.

Google has also announced that they plan on offering an updated Google Assistant before more devices offer Wear OS 3. As well as offering new ways to download and access content offline. Making your experience better no matter where you go!

Finally, they are also revamping how consumers find apps in the hope that more app providers can get their offering noticed by users – a very welcome addition for independent app makers!

If you are keen to get hold of Wear OS 3 when it becomes available, you will have to wait for a notification from Google to say that you can download it. When this notification arrives, you will need to perform a full factory reset before installation, meaning that anything you have stored on your device will be wiped. Therefore, it is wise to consider what you may need to store elsewhere before getting rid of everything!

While you’re here, take a look at our pick of the best Wear OS Apps.

You are here: Superwatches > News > The All-New Wear OS 3